Why Government Jobs Are Again Gaining Popularity in India?


Government jobs have always been a highly coveted position in most countries; however, there is sometimes a lull in that need for a job with the government. People move on for other jobs and sometimes there just aren’t the jobs to fill, so when there are, they become an immensely popular position. They begin to get applied for more and more, giving people the chance to get the job. They are becoming more popular in India, as they give the idea of a stable, well-paying job, just as they do for many countries in the world. 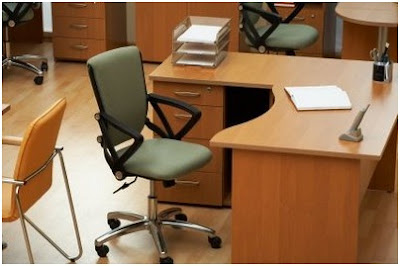 Government Jobs have always been popular for one reason. They have a smooth path for advancement through the company or job. What this means is that those that are looking to be promoted know exactly where they can be promoted to and what they have to do to get there. Government jobs have been popular for this reason. People who work these jobs know that if they work hard enough that they can move up the ladder into a better and higher-paying position. This has become popular in India’s growing economy and their developing nation. Through this, employees have plenty of opportunities to grow into new or vacant jobs that might not have existed just 10 years ago making your job search even simpler.

There is a growing demand

Because of the way that India is developing, there needs to be more people managing the people of the country, which means that there are more jobs available. Since there are more students coming out of college, there are now more jobs that require a higher amount of training than there would have years before. Due to this, students leaving university will now see government jobs as a more viable circumstance instead of seeing them as a last resort of sorts. This seems to be a common belief between those with degrees, as they believe that these kinds of jobs are below, but that is a misguided belief. They are only now beginning to realize this.

India is a growing nation, especially in terms of their infrastructure. This means that they need a more diverse set of skills than they would have previously needed. These jobs also offer a more diverse set of circumstances that they are looking for and this means that they are looking for highly trained infrastructure. For example, there is a growing demand for engineers in India as they begin to work on their infrastructure. Because of this, Government jobs are becoming more popular because there are more opportunities and chances for people with high skills to work in Government jobs. In short, Government jobs are becoming more popular because those that are higher trained feel like they can help their nation as they grow.

In uncertain economic times, especially after the Global Financial Crisis, jobs everywhere became somewhat of a rare commodity. However, with a recent recovering in a lot of regions, government jobs have become a lot more popular because they offer a stable income and a stable job opportunity. They can do this because they have a lot of money in their budget, and while it is not unlimited, people in government jobs are needed to keep the country running smoothly, therefore they will always be there.
So, if you live in India and are currently looking for a job; look into a government job. They usually offer a decent paying alternative and since government employees are usually in a necessary position, your job becomes very important.

Author Bio:
My name is Jennifer Lee, I am a teacher, but writing is my passion. I can write about anything under the sun, all I need to do is a bit of research about the topic and I can then churn out a great article about the subject.