“On Nobody's Word: Evidence and Modern Science” with Sir Venkatraman Ramakrishnan at the Great Talk


Nobel Laureate Sir Venkatraman Ramakrishnan talked about the fact that once beliefs take root, they are hard to eradicate and  culture based on superstitions will do worse than one based on scientific knowledge and rational thoughts, at the Great Talk on 8th January 2016 at FICCI Auditorium, New Delhi organised by British Council India. Sir Venkatraman Ramakrishnan is the Deputy Director of the Medical Research Council Laboratory of Molecular Biology (LMB) in Cambridge and the President of the Royal Society and a very well known person in Biochemistry and Biophysics.
He said that he believes that Science is merely the systematic accumulation of knowledge about the world and although science has existed ever since humans started making observations and conjectures about the world they inhabited. He also added that “The modern scientific method was born in the 16th and 17th century when evidence began to matter  more than elegance or appeals to authority.”

He also explained examples of errors made by scientists and how they were corrected by the scientific process, as well as examples of irrational beliefs that persist in many sections of society despite a complete lack of evidence for them. 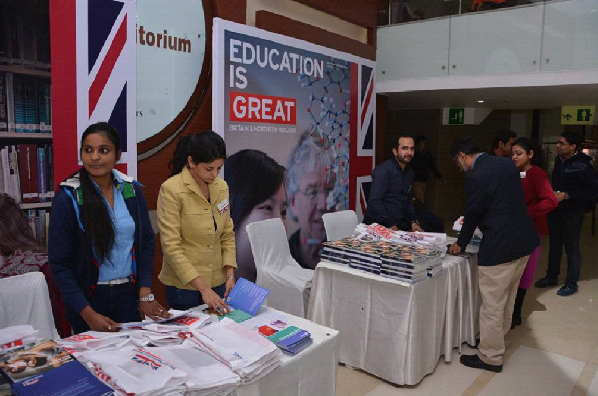 Sir Venkatraman stated that science is also different from dogma because it is constantly changing as new facts are uncovered and theories are overthrown. “Although scientists are humans and thus fallible, science itself is self correcting, once beliefs take root, they are hard to eradicate. A culture based on superstitions will do worse than one based on scientific knowledge and rational thoughts” he added.

Sir Venkatraman Ramakrishnan, fondly called Sir Venki, is the Deputy Director of the Medical Research Council Laboratory of Molecular Biology (LMB) in Cambridge and the President of the Royal Society. He grew up in India where he received his bachelor’s degree in physics before moving to the USA in 1971. On obtaining his Ph.D. in physics in 1976, he switched to molecular biology and after a long career in the USA he moved to Cambridge in 1999 to work at the LMB. He is best known for his work on ribosomes, the large molecules in all cells that read genetic information to make proteins. 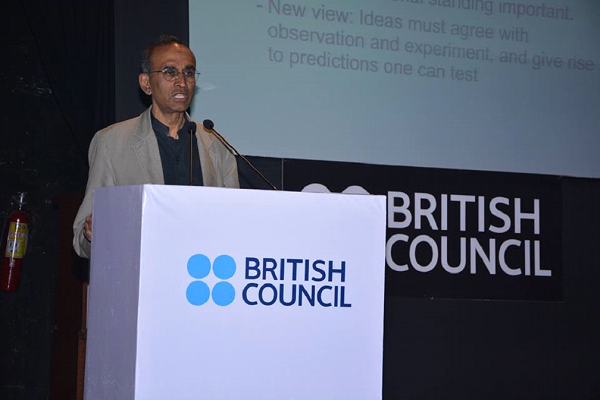