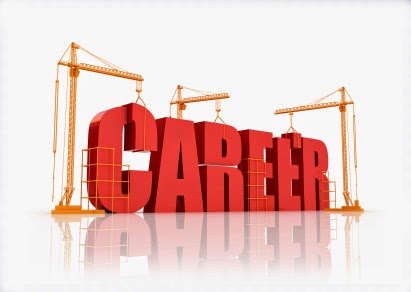 The current economic drivers of Australia emerged only a couple of decades ago. In the past, Australia was a developing country. It had all the hallmarks of an economy trying to establish itself as a world leader. The main sectors that had employed most workers included:
Agricultural activity such as farming, fishing, forestry, horticulture and animal husbandry
Building and construction
Mining of natural reserves and fuel resources

Today, the country's landscape has changed and new jobs created. Naturally, after the foundations of an economy are laid, what follows are knowledge-based career openings. While the traditional economic activities are still existent and are important. Australia currently has large career prospects in these industries:

The huge shift in Australia's career outlook is a result of a fast rate of globalization. These days, it is easier to search and find information across the world. Other factors that led to opening of the new order include:
Access to high educational standards
The arrival of highly educated and experienced migrants
Cheap and fast transport from leading world destinations

It is a lot harder to get a job in Australia now than it was a few decades ago. Today, many people are educated while a generous portion of the middle age is quite experienced. India being a fast growing economy and an increase in the rate of education has evolved as the option for many countries to hire people from India. Australia has always been a choice of career aspirants as there was a wide range of career opportunities in engineering and medical sector. Apart from that the commerce sector was in full bloom and aspirants were getting jobs easily. But now the scenario has changed a bit, because of huge increase in literacy and availability of job aspirants it has become tough to get jobs. Now only the fittest survive in Australia with their jobs. Many Migrants today find it tough to secure a job if they do not speak or write English properly.

Career openings were plenty in the last two decades. Even people who had no proper education could find a messenger job in one of the government agencies. However, influx of migrants coupled with Australia's own population growth has made things a bit tricky. As fresh graduates fill up careers quickly, people from these areas may not find a mainstream job in the country:
North Africa
Middle East
Indian subcontinent

Where to start looking

The traditional pillars of Australia's economy continue to expand. An increased Australian appetite is still creating jobs for the locals and migrants alike. For example, the population increase has necessitated an expansion of food reserves. In turn, it has created opportunities for farmers to broaden their input. With an added demand for consumer goods, manufacturing industry had to expand its production of foodstuffs, clothing, household goods, beer, wine, and soft drinks for the population. Sectors of the economy that are leading in job creation are:
Retailing sector with 1.3 million workers
Business service and property
Manufacturing

How to secure a job in Australia

Anyone going to Australia for the first time may not easily land a job, unless he is highly qualified. Never ever try to enter the country illegally in the influence of a broker. There are strict laws for anybody who stays in Australia without a legal permit. Make sure you have an Australian visa to visit the country legally and pursue a career in Australia.