Metallurgical Engineering as a Career Option 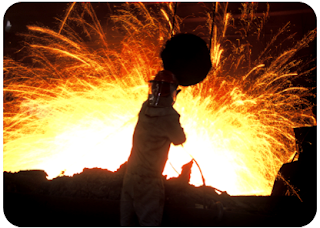 Engineering as a principal is spreading its branches and new multidisciplinary subjects are being introduced every day. One such newly introduced and gradually growing branch is Metallurgical Engineering. This is a broad field which deals with all metal related areas, their physical and chemical structure. People are gaining interest in such varied subjects and the Metallurgical sector is also growing vast in turn.

What is Metallurgical Engineering?

Metallurgy is mainly a branch of engineering and material science. This is that group of engineering, which is concerned with the chemical and physical behavior of elements made of metal. The inter-metallic compounds of a metallic subject and mixtures of metals known as alloys also falls in the class of this discipline. It also deals with the technology of metals that is the science of metal production. The engineering of metal components which is used in day to day goods made by the manufacturers for the consumers also comes under the broad group of metallurgy.

This is a broad field of study which generally deals with metal related areas. This broad field can be sub-divided into three main groups namely, physical metallurgy, extractive metallurgy and mineral processing. Physical metallurgy is mainly a problem solving branch. Different manufacturing and construction needs different types of metallic alloys. This group deals with the selection of alloys. Extractive metallurgy deals with the process of extracting metals form an ore. Gathering mineral products from the crust of the Earth is what mineral processing is concerned about.

A student pursuing Metallurgical Engineering as a major subject will be taught about the detail of all these groups. The basics of engineering are also taught as a general paper. A metallurgical engineer needs to have sound knowledge about the production, designing and manufacturing of mineral products and metals. This is an exciting as well as a rewarding career.

Metallurgical engineering as a branch of study is gaining popularity day by day. Numerous colleges are there who offers both undergraduate and post graduate degree in this field. Some also offer a major. Many engineering colleges offer you an opportunity to participate in an educational program with metallurgical firms in a semester. Such cooperative jobs or internship programs become full time jobs later. You need to crack some entrance exams in order to take admission in such an engineering college.

Job prospects after studying this group of engineering are ample. Many companies are there in India who is involved in metallurgical business. Many steel companies are there who offers job to metallurgical engineering students and material science students. The key responsibilities include refining and extraction of metals, characterization, processing of metals and determining their property-structure relationship. Some top companies offering jobs are the Steel authority of India Limited, Jindal steel and Power Limited, Tata Steel, Ispat Industries Ltd. Many government organizations like DRDO, ISRO and the railways are also there who offers jobs for metallurgical engineers. Average salary of a metallurgical engineer is 3.0 lakhs per annum. With experience the salary package can go up to INR 10 to 15 lakhs.

Though many non-metallic materials are replacing metallic materials, but numerous new trends are emerging in metallurgical research. Experts are of the opinion that the need for steels, alloys of copper, aluminum, nickel and various other minerals are going to increase in the near future in spite of such replacement. Extraction of heavy metals requires man power as well as large quantities of water. For this reason the demand for metallurgical engineering students are always high in both governmental as well as private organizations.

A professional writer and an ardent blogger, Sampurna Majumder has been lending her knowhow to prominent websites like Shiksha.com by penning articles and blog posts on popular courses, educational trends and institutes like these. The above post throws light on Metallurgical Engineering as a career option.